Watch: Sachin Tendulkar gets emotional, visits ground where he 'cried all the way to pavilion'; 'Still fresh in memory' - Govt.in - Telling the truth- always! 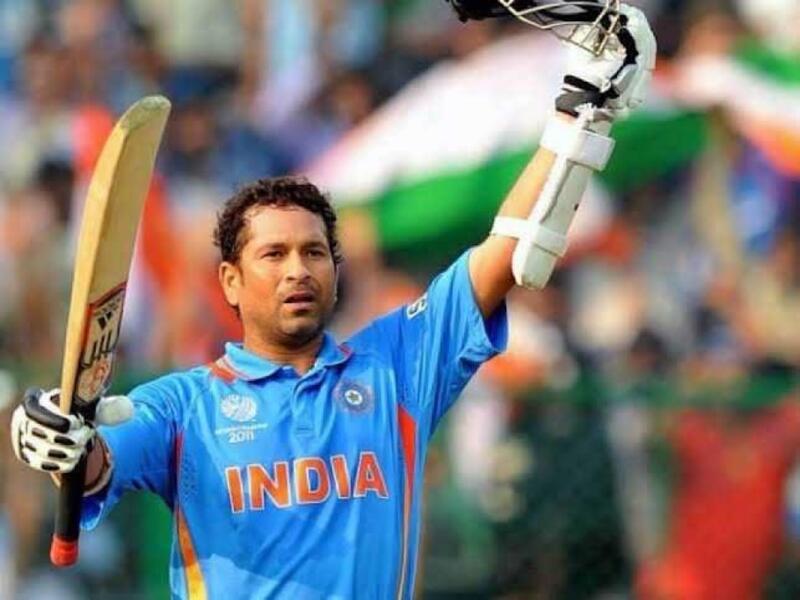 The great Sachin Tendulkar has given Indian cricket several fond memories through his 25-year-long career. He has piled batting records one after the other and as he ruled world cricket from the 1990s to 2011, Tendulkar gave the Indian public plenty of reasons to rejoice. Tendulkar made fans jump in joy whenever he scored a century, and switch off their television sets everytime he got out cheaply. Barring his batting records, one of the rare traits of Tendulkar was the chord he struck with the audiences.

And when the time came for Tendulkar to retire, an entire nation shed a tear a tear or two watching their champion get emotional. Tendulkar hardly showed emptions, so him tearing up on national television was a sight people struggled to deal with. It was rare. Legend has it that Tendulkar broke down after India lost to Pakistan in the 1999 Chennai Test, but Sachin never claimed anything himself.

Tendulkar did however reveal the one instance when he was moved to tears. In a video tweet posted on his official Twitter account, Tendulkar has shared memories from his Under-15 cricket days for Mumbai when he ‘cried all the way to the pavilion’. Captioning the video “Nostalgic moment in Pune at PYC Gymkhana”, Sachin said: “Right now, I am in Pune’s PYC Club where I had played my first under 15 cricket match for Mumbai in around 1986.”

Sachin then shows his viewers an old structure at the ground which used to be the pavilion when he played at the venue. “I was standing here at non-strikers’ end during my batting and my school friend Rahul Ganpule, was on the strikers’ end. He(Rahul) was a very fast runner between the wickets,” he recalled.

“That day in the match, Rahul had hit an off drive and pushed me for a third run between the wickets but I wasn’t a very quick runner back then. I got run out scoring just four runs. The run out is still fresh in my memory and I vividly remember, that after getting out, I cried all the way to the pavilion. I was very disappointed. After all, it was my first match and I wanted to score big runs but that didn’t happen”.

The India great reminisced that Abdul Ismail, the manager of the Mumbai U-15 team, and many other senior cricketers such as Milind Rege and Vasoo Paranjpe, who were present, consoled him and motivated him to do well in the upcoming matches.

Sachin concluded the video by sharing, “I am returning to this ground after almost 35 years. So, I am now a little emotional right now.”

The video went viral on Twitter in an instant with many of Tendulkar’s fans expressing love for him in the comments section. Replying on the nostalgic video, Vikram Sathaye, who hosts the popular cricket show ‘What the Duck’, tried to evoke another memory for Sachin and wrote “Master do you remember you were playing a game at PYC ( Under 19) when flies came on the field and everyone had to sleep on the ground for 5 mins.”

Who took the decision, asks Sisodia amid row over resettling Rohingyas in Delhi
ED raids in Delhi and UP in crackdown on Mukhtar Ansari, associates