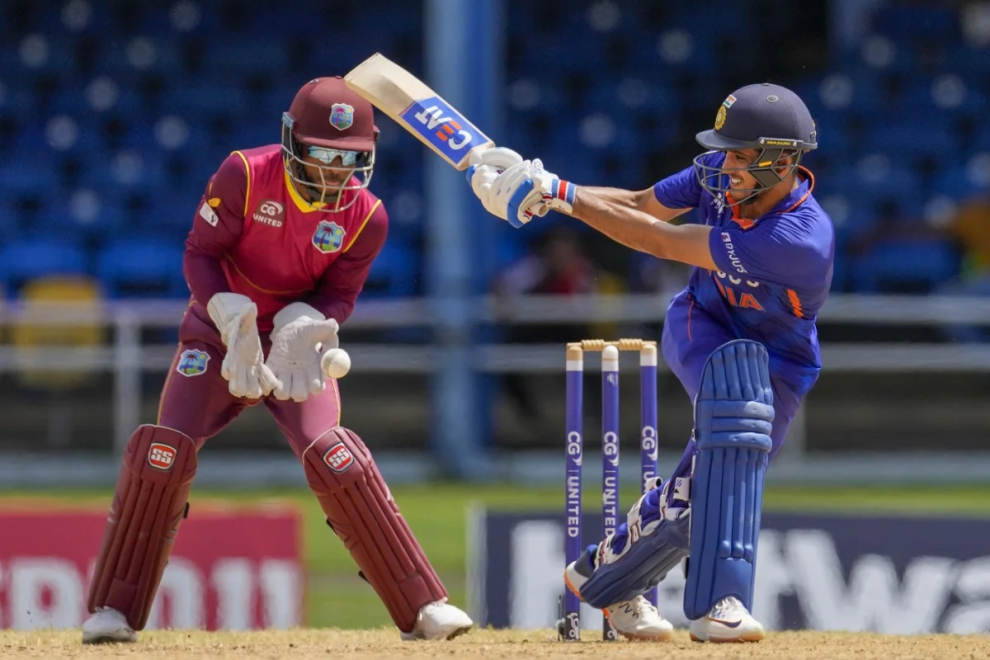 Team India’s wicketkeeper-batter Sanju Samson ulled out an absolute stunner during the second ODI of the series against Zimbabwe on Saturday. Samson took a one-handed catch while diving to his right to dismiss the side’s opener Takudzwanashe Kaitano early during the game, as Siraj inflicted the first blow on Zimbabwe. Samson has taken over the wicketkeeping role in the ongoing series in the absence of first-choice keeper Rishav Pent who has been rested.

Siraj struck in the ninth over of the Zimbabwe innings, with the side’s score on 20. The hosts had made a slow start in Harare and Kaitano was batting on 7 off 31 deliveries when he was dismissed. The right-handed batter attempted a front-foot defensive shot but found a thick outside edge, and Samson made no mistake in taking the catch while diving towards his right.

Earlier, KL Rahul had opted to bowl after winning the toss for the second-successive time in the series. In the first game, India had bowled the Zimbabwe side out on a paltry 189, and chased down the target with 19.1 overs remaining. Shubman Gill had remained unbeaten on 82, while veteran opener Shikhar Dhawan scored 81*.

In the second ODI, India rested comeback man Deepak Chahar, bringing in Shardul Thakur for the game. Chahar had bowled seven-successive overs in his first international appearance in over six months in the previous ODI, taking three wickets and eventually being named the player of the match. Alongside Chahar, fellow pacer Prasidh Krishna and spinner Axar Patel had also grabbed three wickets each.

Following the completion of the ODI series against Zimbabwe, Team India will return to action in the shortest format in the Asia Cup, that starts August 27. Sanju Samson is not the part of the squad for the continental tournament, however, as Rishabh Pant makes a return to the side.