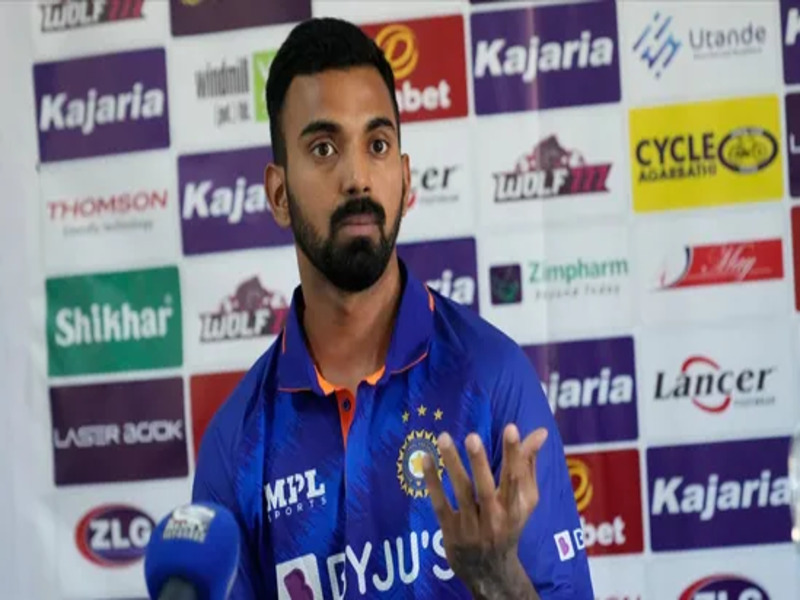 Indian cricket fans are crazier – of course in a positive sense – than your imagination. And the madness that runs like a drug in the veins is instilled at a very young age for many. KL Rahul, India’s captain for the three-match ODI series in Zimbabwe, got first-hand experience of the same when he met a young fan a day before the series opener in Harare. Indian cricketers were obliging fan requests like they had done throughout their ODI and T20I series in the Caribbean, for selfies and autographs on Wednesday when a young Indian fan approached KL Rahul.

The boy, who appeared to be in his teenage, first clicked photos with Rahul and Ishan Kishan and then informed them that he is a huge fan of the right-hander. While walking back, Rahul asked him: “Kal match dekhne aaoge? (Will you come to watch the match tomorrow?” The boy nodded with a big smile and said: “Ayenge! School gaya bhaad mein (Of course! To hell with school).”

Rahul, however, was mature enough to suggest the teenager not to pull off such a stunt to which the fan replied: “School mein utna kuch important hai bhi nahi kal (There’s nothing much of importance to do at the school tomorrow).”

The video of the entire incident was uploaded by journalist Vimal Kumar on his YouTube channel.

The excitement among fans in Harare is quite natural as the Indian team is touring there after a long gap of six years. The last time they came here, MS Dhoni was the captain and Rahul, in fact, made his ODI debut and scored a century at this venue.

Rahul, who is making a comeback to the Indian side after a long injury layoff, said he has prepared well and is looking forward to leading the side in Rohit Sharma’s absence.

“Injuries are part of sport and that part hasn’t been too kind to me, but it’s part of the journey, and you got to take the good and the bad,” Rahul said in the pre-match press conference.

He was missing from the national team dressing room for some time after being ruled out before the start of the T20I home series against South Africa in June.

“I have been out for two months, and just to get back to the dressing room and have that chat and laughter around the group, is great.”Never tried to be someone I am not,” he added.