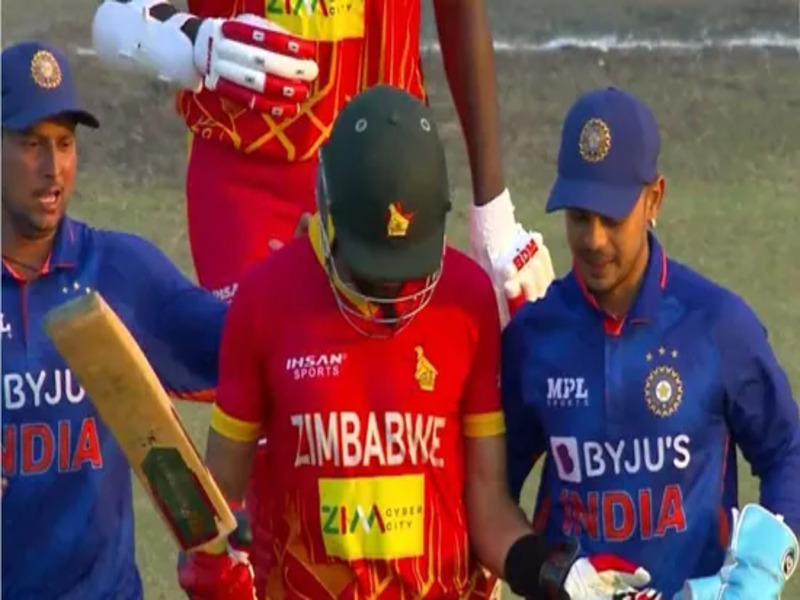 If it was Shubman Gill for India, it was Sikandar Raza for Zimbabwe. And the Indian top-order batter perhaps outdid the Zimbabwe cricketer, at least in the third ODI in Harare on Monday, with a fielding effort because with the bat, there was hardly anything to separate the two. It needed an exceptional catch from Shubman Gill, diving full length in front, at long on in the penultimate over of the match to bring an end to Raza’s innings and also seal the match for India.

Zimbabwe needed 15 runs off 9 balls when Raza was facing Shardul Thakur. The experienced right-hander had hardly put a foot wrong in what was a signalling innings so far but just when it mattered the most, he mistimed one. Credit must be given to Thakur for holding his nerve and landing the knuckleball in the perfect area. But despite all these, Raza would perhaps have still been batting had it not been for the fielding effort of Gill.

Standing at long on, Gill charged towards the ball and seeing it die in front of him, put in a dive to grab it inches above the ground. Disappointment was written all over Raza’s face but the greatness of his knock could be measured by the way the Indian cricketers reacted immediately after his dismissal. Instead of wildly celebrating the match-changing event, India’s Ishan Kishan and Kuldeep Yadav ran towards Raza, almost circling him, to pat on his back and congratulate him for his brilliant century.

Shubman Gill, whose 130 off 97 balls took India to 289 for 8 earlier, too patted Raza before he entered the dressing room. The capacity crowd at the Harare Sports Club gave him a standing ovation.

Raza’s 115 off 95 balls including nine fours and three sixes, had given India a real scare. This was the right-hander’s third century in six ODIs. He had smashed back-to-back hundreds in the series against Bangladesh.

Raza’s innings was not enough to take Zimbabwe over the line as India won the match by 13 runs but his knock grabbed the attention of one and all.

“Firstly congratulations to India. They played really well. Raza and Brad gave a good fight, but India held their nerves. Huge positives from the bowling. The boys fought hard in the field. We came back strongly from a tough situation. Raza was outstanding once again. We definitely take a lot of positives from today, we will look to play some good cricket Down Under (in Australia),” said Zimbabwe captain Regis Chakabva in a post-match presentation.