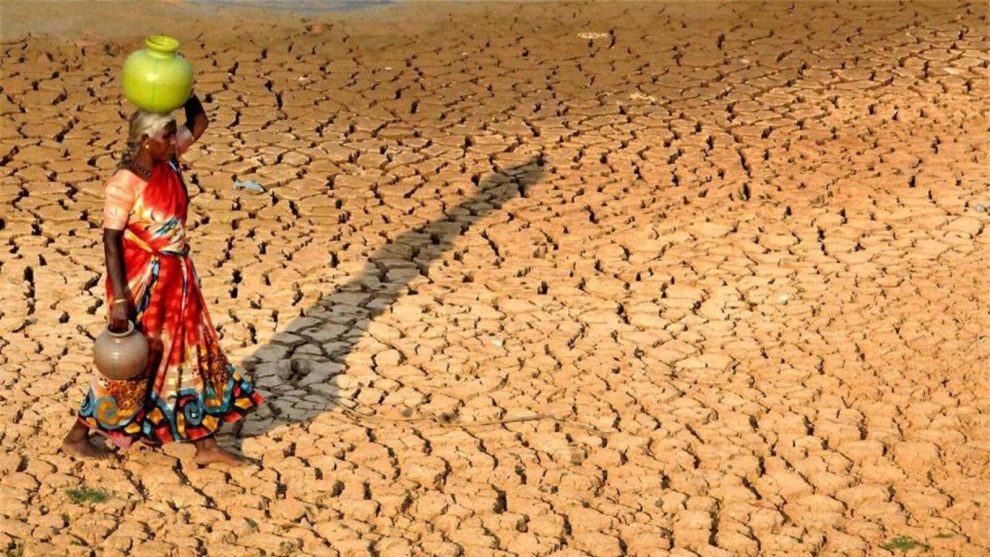 Bengaluru News : Having suffered more than 15 drought years over the last two decades, things may be more challenging for the state in the future with its rapidly depleting groundwater and demand for water projected to increase significantly.

Karnataka is one of the most water-stressed states in India, with about 61 per cent of it in drought-prone region, and the state has much to worry as its new Water Policy 2022 cautions about the negative trend in rainfall and increase in area under drought in the days ahead.

Having suffered more than 15 drought years over the last two decades, things may be more challenging for the state in the future with its rapidly depleting groundwater and demand for water projected to increase significantly.

However, the policy promises measures to tackle the challenges ahead by proposing measures such as penalties for unwise use of water, restricting groundwater extraction, among others, as it aims to provide directions for strengthening water resources management and to optimise the use of the state’s limited water resources, officials from the Water Resources Department said.

According to the policy cleared recently by the state cabinet, “The climate change studies of Karnataka have indicated that there is a long-term warming trend and negative trend in rainfall for Karnataka and the area affected by drought will increase.” “In the Kharif season, most northern districts are projected to have an increase in drought incidences by 10-80 per cent with some districts projected to have almost a doubling of drought frequency. Floods are becoming common every year due to heavy rainfall which is higher than the long-term average in some days and sometimes 10 to 20 times above the normal,” it said.

Of the total water usage, approximately 26 per cent is from groundwater. However, the groundwater sources are “overexploited” in 52 taluks across 15 districts, while it is “critical” in 10 taluks of eight districts and “semi-critical” in 35 taluks of 17 districts.

The relative importance of agriculture in the Gross State Domestic Product (GSDP) is reducing quite quickly and the demand for water by allied sectors such as livestock, fisheries and aquaculture and non-agriculture sectors is increasing rapidly and the demand from industry is expected to almost double from 2020 to 2030, it added.

Amid all these concerns, the policy that advocates for the Integrated Water Resources Management (IWRM), whose approach is to be adopted to improve water availability, water resource and environmental conditions and to improve water services and performance; the policy also proposes penalties for unwise use of water, restricting groundwater extraction, incentivising farmers to grow crops that use less water and harvesting flood water among several other measures.

It aims to achieve goals such as ensuring water security for the entire population, improving the efficiency of urban and rural water supply and also industrial water use; enhancing the productivity and efficiency of irrigation water in agriculture and livestock, improving the health of watersheds, water bodies and rivers, along with moving towards sustainable groundwater management, and improving water governance.

The policy notes that the state will undertake all the drinking water supply programmes to increase 24×7 supply of water of suitable quality for domestic water throughout urban and rural areas and also at times of water scarcity.

It also proposes for groundwater extraction, other than for domestic use, to be restricted for commercial use depending on the degree and zone of exploitation, and user charge system to be implemented effectively through proper set of incentives and penalties, within the affordability of all societal sections.

Also, a system of motivational measures and incentives will be brought into place to encourage farmers to change from water intensive crops to ‘water economic’ ones and adopting measures, including growing less water demanding varieties of a crop, which reduce the requirements of water to produce the crop, the policy added.

Other than recycling, reuse of treated waste water and rainwater harvesting, the policy also proposes to support industries to conserve water, increase water recycling and reduce discharge of polluted water into the environment. The system of pollution discharge licensing will further be strengthened, it said.

The policy also talks about constituting an inter-departmental ‘State Water Resources Authority’ involving all the water-related departments under the chairmanship of the Chief Minister.

Also, a high-level ‘Water Policy Committee’ will be set up with the Chief Secretary as its chairperson and it will become the key body to coordinate among all the departments and will meet regularly to provide policy guidance, coordination and performance review of implementation of the Water Policy 2022 in the state.