'When I came to run for Sachin, Afridi was abusing him a lot': Sehwag's big revelation about India-Pakistan 2003 WC game - Govt.in - Telling the truth- always! 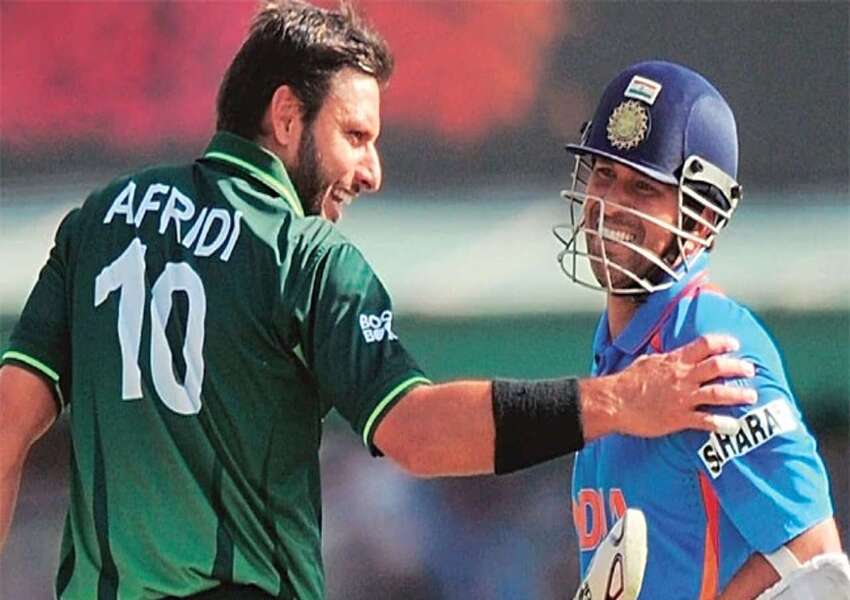 India will take on Pakistan in a blockbuster clash in the men’s Asia Cup 2022 on August 28. Both sides will be meeting for the first time since the T20 World Cup game last year, where Babar Azam’s men had secured a comprehensive 10-wicket victory over India. The matches between India and Pakistan have always been intense, however, and draw significantly larger attention over the past few years after their encounters are confined to global (ICC) and continental (Asia Cup) tournaments.

Whenever India and Pakistan take each other on, it usually precedes a massive hype and one of the games which can never not be forgotten en route to the build-up is the 2003 World Cup clash between both countries. India’s batting great Sachin Tendulkar produced a magnificent performance in the game, scoring 98 off just 75 deliveries as India chased down a 274-run target with six wickets remaining, keeping their unbeaten World Cup streak against Pakistan intact.

Tendulkar had famously smashed Shoaib Akhtar for 18 runs in his first over of the innings, following which Akhtar was removed from the attack in the initial overs of the game. The Indian opener continued on his solid batting outing in the innings but at one point, he was forced to call Virender Sehwag as a runner due to cramps. Over 19 years later, Sehwag has revealed what transpired after that.

“We knew it was an important game. But Tendulkar was so experienced, he had played so many games against Pakistan.. he knew that he need to be prepared for it. If I have to consider his World Cup knocks, it was his best. I also came to run for him during the game because he was having cramps, and Pakistan’s Shahid Afridi was abusing him a lot, kept saying something or the other. But he remained focused. He knew it was important for him to stay at the crease. He usually doesn’t take a runner, but still he knew that if I come, I will run like he does. There won’t be any misunderstanding,” Sehwag said in a video posted by Star Sports.

Talking about the rivalry between both sides, Sehwag said that it has always remained intense.

“No matter what series it is (ICC tournament or bilateral), the match between India and Pakistan is always intense. And we will always see fights or incidents taking place between players of both the countries. And I remember there was a statement from Shoaib Akhtar that he will absolutely destroy the top order. I didn’t read the statement, neither did Sachin, but Sachin did respond strongly to it in the first over of our innings. He hit 18 runs in that over,” recalled the former India opener.