'When Sachin retired, we thought he will answer our questions but...': Karthik on Rohit's delayed rise in Tests - Govt.in - Telling the truth- always! 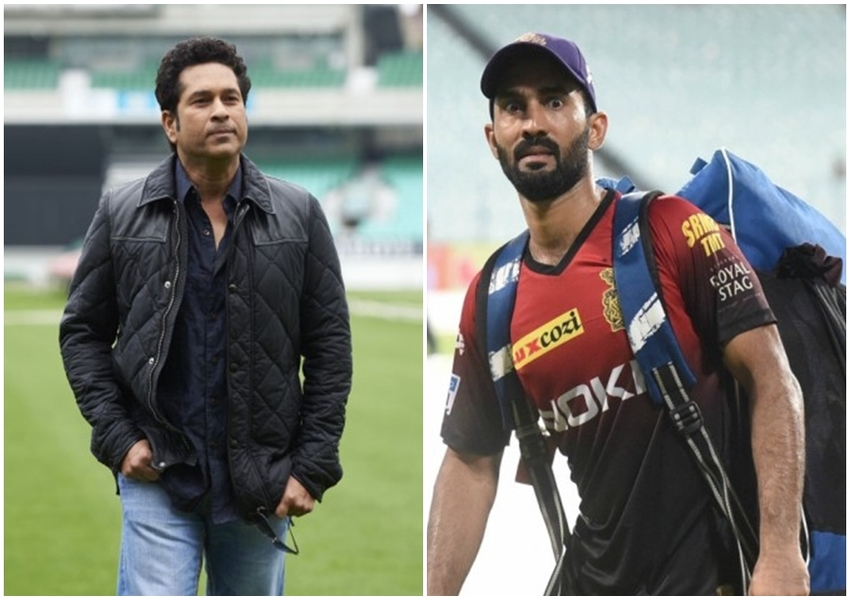 The year was 2013 and the month November. The legendary Sachin Tendulkar was playing his final international bilateral which was a two-Test series against West Indies at home. Everything else in India had dwarfed in front of Tendulkar’s farewell. It was almost as if the other 10 players did not matter. A 24-year-long career was about to come to an end, and put fans on an emotional roller-coaster. Kolkata’s Eden Gardens and the Wankhede Stadium in Mumbai were chosen as the final two venues of Tendulkar’s career. It was showtime.

Tendulkar was dismissed for 10 in the first Test in Kolkata and scored a beautifully-crafted 74 in his final outing for India. It is to be noted that in the same innings, Cheteshwar Pujara had scored a hundred, but those 74 runs were all people could talk about. India wrapped up the proceedings and registered an innings win against West Indies. The series was over, and Tendulkar had ridden into the sunset.

However, not many noticed that if it was the end of the road for Tendulkar, the same series also marked the start of the Test career of another supremely talented India batter. In Kolkata, Rohit Sharma made his Test debut and hit an imperious 177, becoming the 14th Indian batter to score a hundred in his maiden Test. He followed it with another century – 111 not out in Mumbai which marked the beginning of what seemed like a wonderful Test career for Rohit, who by then was enjoying his second-coming in ODIs too.

Surprisingly enough though, Rohit’s Test career fell flat from there onward. With Virat Kohli, Ajinkya Rahane and Pujara becoming Indian cricket’s next famed middle-order, Rohit played the occasional Test but struggled to cement his place in India’s XI. Looking back at Rohit’s promising start and the way it fell off tracks, veteran India wicketkeeper Dinesh Karthik explained how the star India batter had to deal with disappointment in the first half of his Test career.

“I don’t think there have been many who’ve had a start as successful as Rohit in Test cricket from an Indian point of view. In his first two matches, he got hundreds… and then everybody thought this is it – he is the big deal and the fact that Sachin is retiring from Test cricket, he is the one who is going to answer all those questions for us. But life and sport as it turns out is never exactly what you think it is and there were a lot of curve balls thrown at Rohit over the period of time,” Karthik said in the docu-series Summer Stalemate on Cricbuzz.

While Rohit the Test batter would have to wait for his chances, his exploits in limited-overs cricket grew. Rohit became the only batter in the world to score three ODI double-centuries and racked up four centuries in T20Is. Rohit’s white-ball career reached new heights but the fact that he was still not able to break into the Test XI as an automatic or a sure-shot pick, almost had him believe that he was perhaps not made for Test cricket. Of course, all that changed in 2019, when Rohit was made India’s Test opener, and from being a doubtful starter, he transformed into India’s all-format captain. But those years of uncertainty, as Karthik points out, were tough for Rohit to deal with.

“He has found answers to some and he has not found answers to some. Rohit always believed that he had something to contribute to Test cricket. In the conversations that I have had, he always felt that maybe certain things didn’t go his way. Sometimes he played a reckless shot or two but he believed that he will come back. Interestingly, he didn’t come back at the speed that he would and he resigned to the fact that maybe it’s just going to be white-ball cricket for him now,” added Karthik.

UP: Quota politics back in focus; decision on including Nishads under SC soon
Delhi: After four years on the run, murder accused held from Bihar