Why Nitish Kumar’s decision to ally with RJD may energise the Opposition - Govt.in - Telling the truth- always! 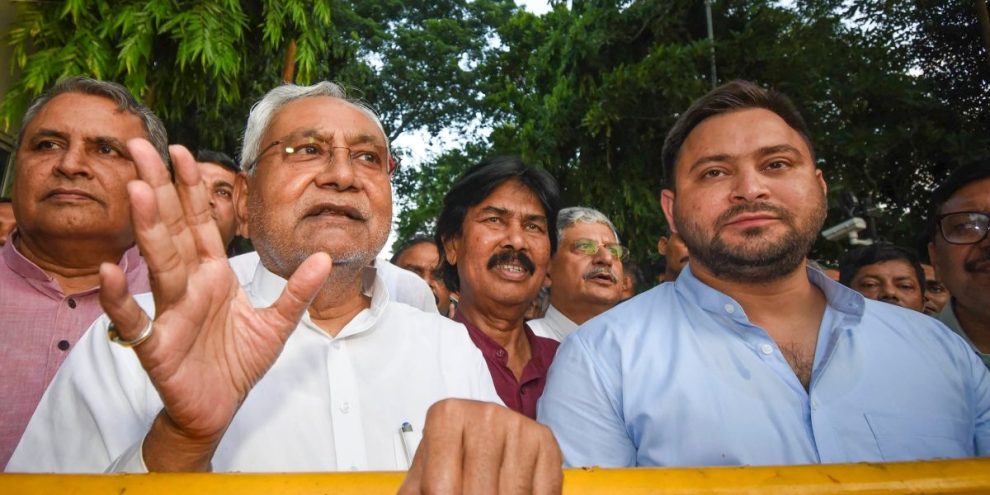 The kaleidoscope of Indian politics has turned again. What does the regime change in Bihar, brought about by the “knight’s move” of Nitish Kumar, signify for the country as a whole? The knight on a chess board has a unique skill. Unlike the other pieces whose movements can only be linear, the knight can both shoot-and-scoot, move forward and backward, and crab-line, step sidewise. In the hands of a grandmaster, the knight can wreak havoc, simultaneously check-mating the opponent’s King while holding one of his major minions in the line of fire. The King, targeted, might escape by moving away if there is still some room to manoeuvre, but only by sacrificing the subordinate. The knight-errant from Bihar has done exactly that, and scored a local victory while still aiming at the jackpot in Delhi, two years on.