Why so serious about "G-20 Summit? Twitterati got your back 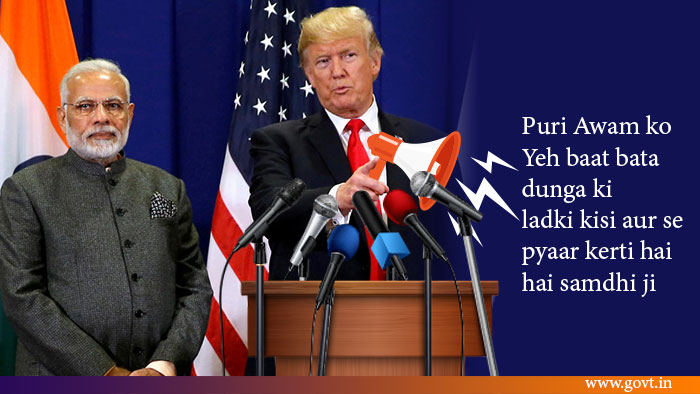 Twitterati once again takes their job on time- this time, their target is none other than two profound political leaders.
The G-2o summit brought up several leaders on one platform. For apparent reasons, US President Donald Trump and Prime Minister Narendra Modi had good interaction throughout the session.

While the forum captured various interactions between some of the world leaders, the meeting between US President Donald Trump and Prime Minister Narendra Modi appears to have caught the attention of many.

The video uploaded by ANI shows Trump walked into a room, before the start of session 3 at the summit, he greeted Modi with a handshake and a pat on his back.

This interaction between the two at the summit seems to bring many reactions online, with some coming up with hilarious memes on the same.
Here we have listed the best among them:

Every Government Employees Ever. 😭😂 pic.twitter.com/nwYaCnV6IE

Despite being the stressful equation regarding India’s “high tariffs,” interestingly the “no bitterness” interaction among the leaders left many with surprise.