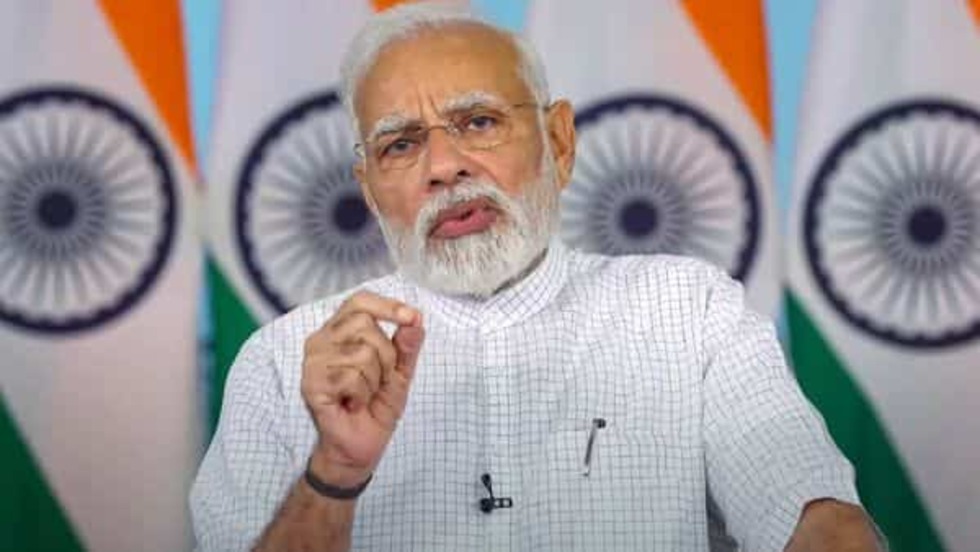 Prime Minister Narendra Modi on Friday encouraged companies, citizens, and state governments to focus on “green growth” and “green jobs” to achieve the target of net zero carbon emission by 2070. PM Modi added to achieve “green goals”, the role of the environment ministry of every state is huge.

Prime Minister Narendra Modi was speaking during the inaugurating event of the National Conference of Environment Ministers of all States in Ekta Nagar, Gujarat.

Addressing the gathering, the prime minister highlighted that the conference is being held when India is setting new goals for the next 25 years. Talking about the significance, the Prime Minister said that the holistic development of Ekta Nagar is a prime example of an environmental pilgrimage when it comes to forests, water conservation, tourism, and our tribal brothers and sisters.

Giving examples of the International Solar Alliance, Coalition for Disaster Resilient Infrastructure, and LiFE movement, the Prime Minister remarked that India is not just taking huge strides in the field of renewable energy, but also guiding other nations of the world. The Prime Minister said, “Today’s new India is moving ahead with new thinking, new approach.” The Prime Minister further went on to add that India is a rapidly developing economy, and it is continuously strengthening its ecology as well. “Our forest cover has increased and wetlands are also expanding rapidly”, he added.

The Prime Minister remarked that today the world is joining India because of its track record of fulfilling its commitments. “Gir lions, tigers, elephants, one-horned rhinos, and leopards have increased in numbers over the years. New excitement has returned from the homecoming of Cheetah in Madhya Pradesh a few days ago”, the Prime Minister added.

Throwing light on the groundwater issues, the Prime Minister said that the states with abundant water are also facing water shortages nowadays. The Prime Minister remarked that the challenges and measures like chemical-free natural farming, Amrit Sarovar, and water security, are not limited to the individual departments and the environment department will also have to consider these as an equally pressing challenge. “It is critical to work with a participative and integrated approach by the environment ministries. When the vision of the environment ministries changes, I am sure, nature will also be benefitted.”

Focussing on the alarming rate of forest fires in the western world, the Prime Minister remarked that India’s share in global emissions may be negligible due to wildfire, but we have to stay alert at all times. The Prime Minister emphasised that the forest fire fighting mechanism in every state should be technology driven and robust. Modi also stressed the training of our forest guards, should be given special emphasis when it comes to forest fire fighting.

PM Modi added the Ministry of Environment is not just a regulatory body but also a great medium for economic empowerment of the people and creating new means of employment.

I think that the role of the Environment Ministry is more as a promoter of the environment rather than as a regulator,” he said.

Gujarat CM Bhupendra Patel and Union Minister of Environment, Forest and Climate Change, Bhupendra Yadav were those present on the occasion.

UPSC: Then in the discussion the IPS officer who gave a brilliant answer to PM Modi’s complicated question
India & U.S-made drones to take on China challenge; UAVs to scale surveillance