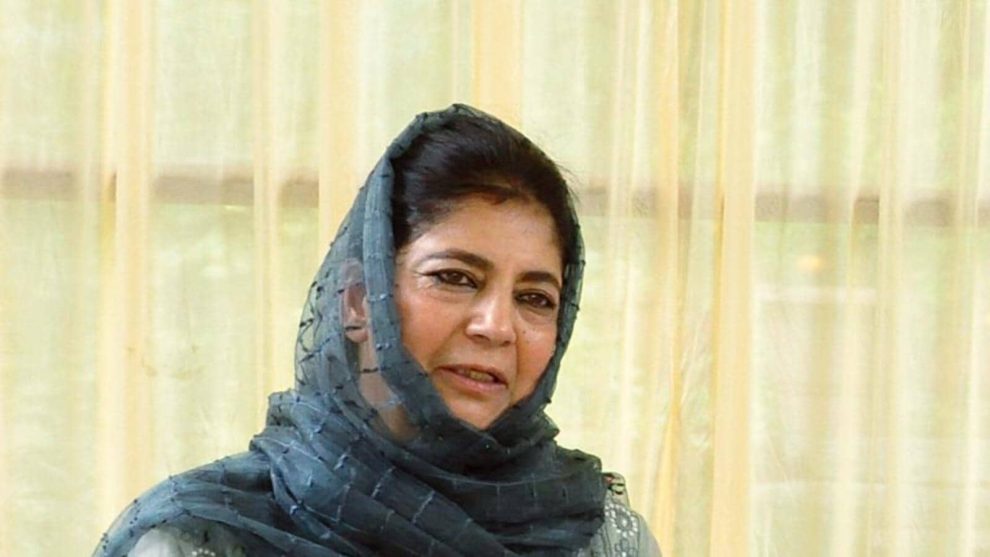 Chandigarh News : The Peoples Democratic Party staged a protest against election authorities over the issue of “non-locals” being enlisted as electorate in Jammu and Kashmir, saying “imported voters” were not acceptable to parties.

The Peoples Democratic Party Monday staged a protest against election authorities over the issue of “non-locals” being enlisted as electorate in Jammu and Kashmir, saying “imported voters” were not acceptable to parties.

Scores of PDP activists assembled at the party headquarters in Gandhi Nagar and took out a protest rally towards the office of Chief Electoral Officer Hirdesh Kumar who had recently announced anyone living ordinarily in J&K can get enlisted in the union territory as a voter under during the special summary revision of the electoral roll.

However, they were stopped by police. “We will not accept imported voters, come what may. We will fight this grave injustice. This is a ‘goonda gardi’. It is not accepted to us,” PDP leader Raj Kumar told PTI.

Harmesh Singh Salathia, PDP additional general secretary, said giving voting rights to non-locals in J&K was unacceptable as it will simply disenfranchise the subjects of as any number of people from outside J&K can come and exercise their right to franchise . He said that it is sad that fearing imminent rout the BJP is trampling the very basis of democracy through misusing power.

The protesters raised slogans against the BJP, the CEO and election authorities, and carried placards against the announcement. A counter-protest was organised by the Rashtriya Bajrang Dal who members took out a rally in the city.

“First, they opposed the revocation of article 370 and claimed there will be demographic changes. No such thing happened since the abrogation. Then they said industrial policy will change demography. Nothing happened. Now they raising this issue.” said their chief Rakesh Kumar.

This comes on a day nine political parties met here on the issue, with Nation Conference president Farooq Abdullah saying any decision to include “non-locals” in electoral rolls in Jammu and Kashmir is unacceptable and will be contested by all means including in court.

Abdullah said they were united against the move to extend the voting right to “outsiders” as it would rob Jammu and Kashmir of its identity.

The government had Saturday issued a clarification on the CEO’s remarks, saying the reports of a likely addition of over 25 lakh voters after the summary revision of electoral rolls is a “misrepresentation of facts by vested interests” and the increase in numbers will be of voters who have attained the age of 18 years as of October 1, 2022, or earlier.