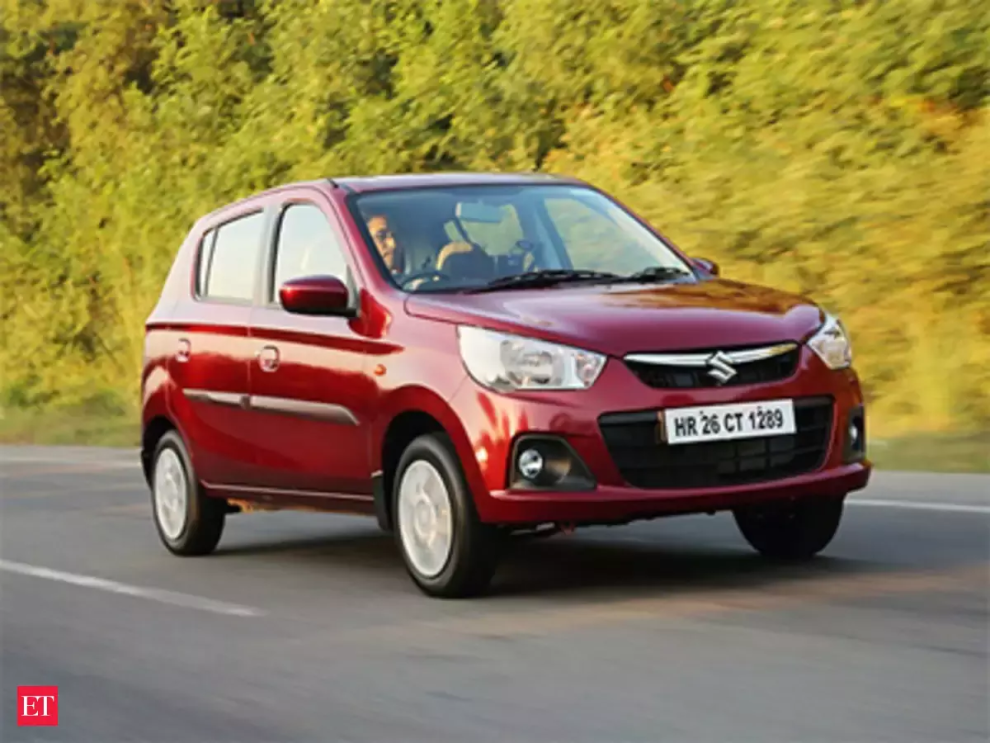 India’s biggest carmaker Maruti Suzuki, which is in the middle of building its sport-utility vehicle portfolio, is continuing its focus on its “bread and butter” segment of small cars. Thursday, the company launched the new Alto K10 car, a model it had discontinued several years ago. Speaking with Pranav Mukul ahead of the car’s launch, the company’s Senior Executive Officer, Marketing and Sales, Shashank Srivastava, said that with the new, bigger Alto, the company expects to target young buyers in bigger cities, in variance from Alto’s typical small-town customer. Edited excerpts:

The Alto K10 is a very important launch for us not just from an industry point of view but also from a Maruti Suzuki point of view. This Alto has the bigger K10 engine, and the size is much bigger. It is an absolutely new product, the power is 19ps more, with higher torque, and a bigger wheel size. It is a bigger car and its fuel efficiency is also close to 24.5 kmpl. It will be a key launch for this segment, which is very large by the way. The total hatchback segment is roughly 38 per cent of the market — 11.52 lakh units were sold last year. Out of this, Maruti sold 7.88 lakh, so a market share of about 68 per cent. It is a very important segment for us. Also, Alto as a brand itself is doing well. It became number 1 in 2004, and for 16 years it was number 1 till 2019-20. Only the last two years it has come down to the fourth position, after Wagon R, Baleno and Swift, but that is also because Alto K10 was discontinued. We hope that now Alto will lead the market once again. Around 65 per cent of Alto’s sales come from smaller towns and cities but with Alto K10, we are targeting a young customer base in the 25-30 years age bracket in bigger cities as well.

Suddenly, space has become a requirement for a certain category of customers. For people who do not want that much space, Alto 800 is there. This is a good differentiation in terms of space and power. We believe the customer for the Alto K10 will be slightly different than that of Alto 800. When we discontinued the Alto K-10, we had introduced the S-Presso. If you add Alto 800 and S-Presso numbers, it becomes number 1 even last year. We do expect Alto to be number 1 again.

Woman booked for abetting suicide after neighbour hangs self in Thane
Man Wears Burqa To Hide Identity To Meet Girlfriend In UP; Arrested: Cops