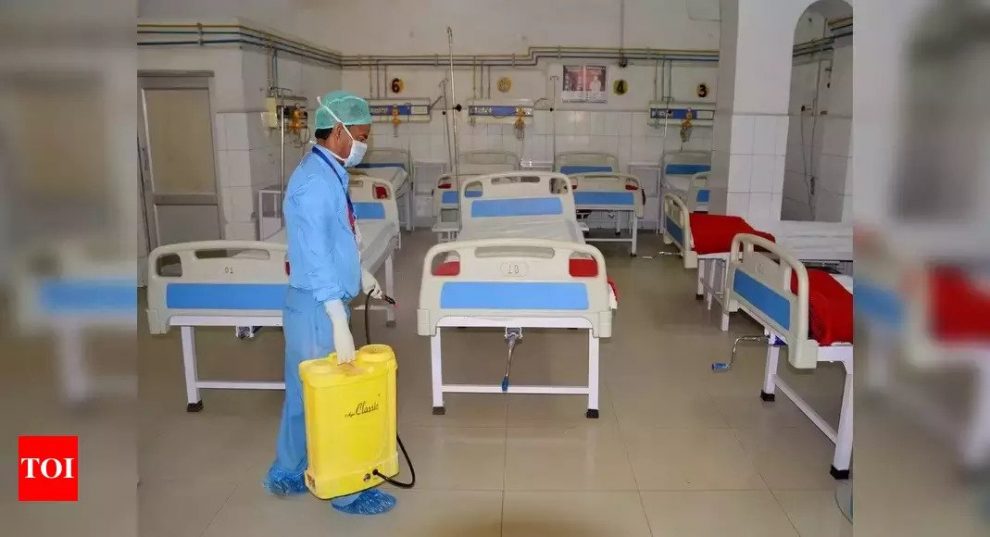 With the country’s entire healthcare set-up working towards fighting Covid-19, patients of diseases like HIV, cancer and renal disease who need to access hospitals regularly to continue their treatment, and are immuno-compromised, are facing quite a bit of hardship with most OPDs and operation theatres closed.
Take Maitri, who was in the middle of treatment for oral cancer at AIIMS, Delhi, when the lockdown happened. On March 13, she was told she needed an urgent surgery. Now, all OPD services are shut in AIIMS and doctors are not doing any surgeries either. She is in severe pain and the ulcers on her tongue have started bleeding. “We have to go to the AIIMS emergency almost every day because nothing else is open. They give us some painkillers and try to control the bleeding but say they cannot do anything further as the government has ordered a shutdown of all other services,” said Maitri’s husband.
Rajvinder of Cansupport, an organisation which helps cancer patients, said their teams were not even being able to visit patients on palliative care due to lack of transport during the lockdown. “Almost all outpatient chemotherapy services have shut down. Safdarjung hospital’s medical oncology department is working but most people who need chemotherapy are unable to get there,” said Rajvinder, expressing frustration at the way health services for patients of anything except covid were being denied.
In Mumbai, Ganesh Acharya, an HIV patient and activist with Humsafar Trust, says HIV patients are not able to reach their local ART centres for medicines. “Those who are on second and third line drugs are facing even more problems as these medicines are available only in bigger hospitals. They are missing their daily doses which will definitely bring down their immunity and make them more susceptible to getting co-morbidities like TB,” said Acharya, who gets close to 100 SOS calls daily
He adds that unavailability of food is also compromising patients’ immunity. “Someone called to say that he has been surviving on pav for the past four days,” added Acharya.
Dialysis patients too have been sending SOS on their social media groups for medicines which are running out, and the difficulty of reaching dialysis centres. While in Hyderabad the police have been issuing passes for dialysis patients and arranging ambulances for their transport, in many other cities patients complained about police stopping them despite showing them their doctor’s letter.
Asha Mehta, who is undergoing an expensive immunotherapy treatment for stage-3 colon cancer in Bengaluru, she says being a cancer patient in a lockdown feels like being stuck between a rock and a hard place. “My treatment is running late by one a half weeks, but with the current lockdown, we are not sure what is worse…staying indoors and delaying treatment or going out and exposing yourself to infection. My doctor has to take a call on this soon,” said Mehta, who has turned to online cancer support networks to deal with all this stress.
In private hospitals, oncologists are trying to figure out what’s immediate and what can wait. “For example, in some breast cancer patients there’s robust evidence to show that giving a tablet a day can take care of the disease for next few months and surgery can be done later on a smaller tumour. But if cancer has hit lymph nodes, then the patient needs immediate surgery,” said Dr Nitesh Rohtagi, medical oncologist, Max hospital, Delhi.