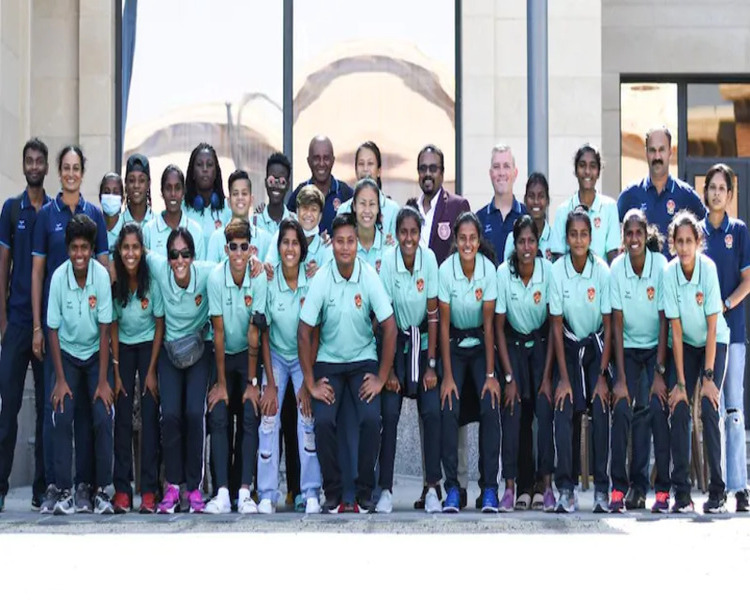 For Gokulam Kerala, the anxious wait goes on. India’s champion women’s football team was originally supposed to be on a short flight to Qarshi from Tashkent in Uzbekistan and continue their preparation for their maiden Asian Women’s Club Championship campaign. Instead, they were forced to stay back in the Uzbek capital – the only team left behind- after being barred from competing in the championship as FIFA had suspended the All India Football Federation (AIFF) for third-party interference.

Kerala Blasters FC, the men’s team who were in Dubai to play three pre-season matches, were also hit. They issued a statement that their games have been cancelled. Gokulam Kerala also issued a statement on twitter, a letter addressed to the prime minister. “… Our Prime Minister’s dream is to make India a super power and become No.1 in the world. In a small way our club is spearheading the effort to bring women football in India … hence we again humbly request your good offices to intervene.

Gokulam’s hopes rested on the outcome of the Supreme Court hearing on Wednesday morning. However, the apex court adjourned the case until Monday, August 22, after the government said they, along with the Committee of Administrators, held a meeting with FIFA on Tuesday and there was ‘some breaking of ice’.

This, however, meant that India’s suspension would remain in force when the Asian Women’s Club Championship begins on August 20. And as a consequence, Gokulam’s participation remains up in the air after FIFA wrote to all its member associations, reminding them not to enter any ‘sporting contact with AIFF’ and its teams while it is suspended.

Desperate for a solution, the Gokulam Kerala team management reached out to the sports ministry on Wednesday afternoon, seeking their intervention. The ministry had already swung into action and had sent a letter to the Asian Football Confederation, requesting them to grant an exemption to Gokulam Kerala and allow them to compete in the Championship.

“Our request is that in the interest of the young women athletes who have already reached Uzbekistan from India before FIFA’s decision for suspension of AIFF was communicated, Sree Gokulam Kerala FC team may be permitted to take part in the AFC Women’s Club Championship 2022,” director, sports ministry, SPS Toman wrote in his letter.

The AFC has now offered the team an extension of 48 hours in Tashkent instead of asking them to return immediately. However, unless FIFA lifts its suspension or grants a special exemption, the uncertainty over their participation still persists.

Delhi High Court Grants Time for Government to Reveal Plans to Regulate De-Platforming of Social Media Users
Ball stuck in helmet, is that a catch? 3 out of 140 clear BCCI umpires’ test