'Working on my bowling, add a few clicks to my pace': All-rounder plotting India comeback - Govt.in - Telling the truth- always! 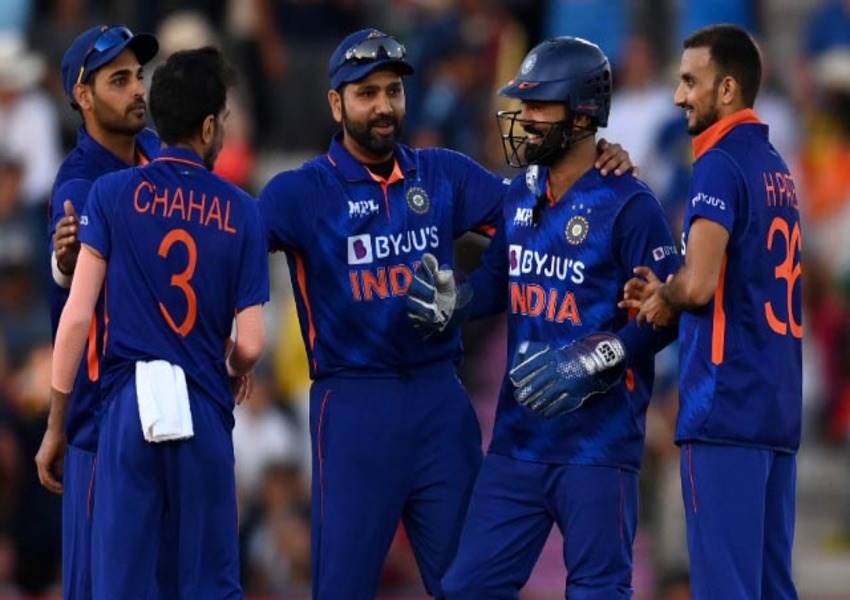 Competition in the Indian team is such that even a small slip-up could be enough for an unestablished player to lose his spot in the Indian team. While India are consistently giving their second string players chances, such as what is the case in their ongoing ODI series in Zimbabwe, there are a number of those who got a consistent run in the past but no longer seem to be in consideration.

One such player is Venkatesh Iyer, who had been deemed as the foremost contender for the all-rounder spot in T20 cricket left vacant by Hardik Pandya. A drop in form and Pandya’s sensational return to the Indian team has led to Iyer seemingly being forgotten by the selectors. He was not part of the Indian teams that played in Ireland and in Zimbabwe, despite these squads often missing a number of regular stars.

Iyer, however, said that he is solely focusing on improving himself, particularly in the bowling department. “I am working on my fitness and also on my bowling so that I can add a few clicks to my pace,” Iyer told Sportskeeda. “I always believe in coming back to the drawing board and working on my basics when things don’t go my way. The ball hitting the middle of the bat is important for us cricketers and I am not thinking too much about what happened in the past or what is going to happen ahead.”

Iyer had a forgettable season in the 2022 Indian Premier League (IPL), in which he was even dropped from the Kolkata Knight Riders side due to his poor form. Iyer said that he is aware of the kind of competition that exists in Indian cricket and is not too bogged down by losing his place.

“See, I believe that in cricket, you adapt or you perish. The opportunities are limited and the talent is so much so it is great to be a part of the huge pool of talent. So you need to adapt to fit into the scenario or else you will be pushed behind the line. So I always look to contribute to the team in any way possible, whether it’s opening, batting in the middle-order or bowling a couple of overs,” he said.