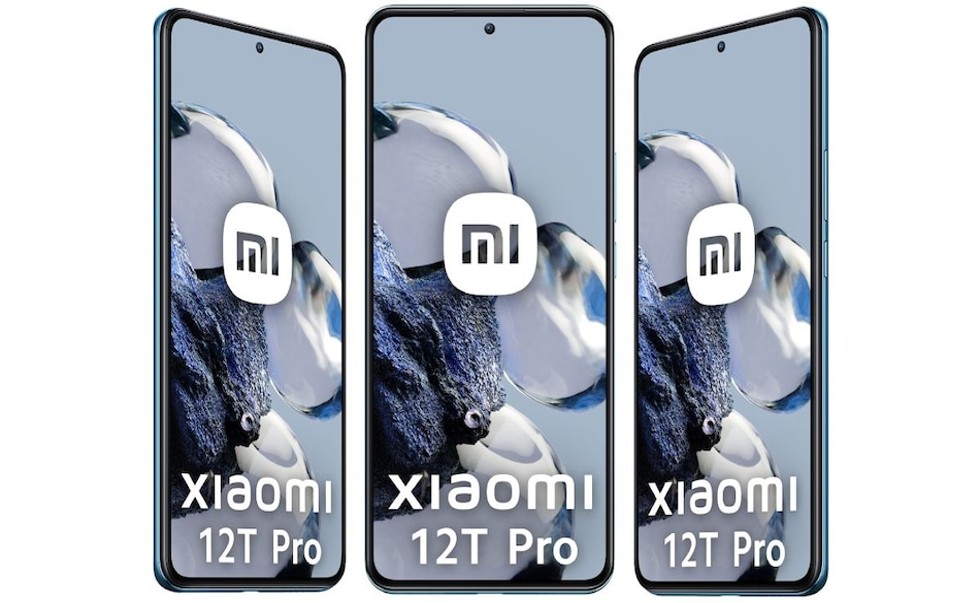 Both smartphones will feature identical design, as per the renders. The Xiaomi 12T Pro and Xiaomi 12T could feature a power button and the volume rockers on the right spine. At the bottom, the handsets could sport a USB Type-C port for charging, a speaker grille, and a SIM tray. At the top, the phones can be seen with a secondary speaker grille next to the Harman Kardon branding, and a noise cancelling microphone.

The purported renders of the Xiaomi 12T Pro and Xiaomi 12T suggest a design in line with the previously shared renders of the phones. The report, which earlier highlighted the images of the handsets, also shared its expected pricing, colour options, and specifications.

Xiaomi 12T Pro specifications (expected)
Xiaomi 12T Pro is said to run on Android 12-based MIUI 13. It could sport a 6.67-inch AMOLED display with 120Hz refresh rate, 1,220×2,712 pixels resolution, and a hole-punch cutout. The handset could be powered by a Qualcomm Snapdragon 8+ Gen 1 SoC, paired with up to 12GB of LPDDR5 RAM and 256GB of onboard storage.

It will reportedly feature a triple rear camera setup with a 200-megapixel primary sensor, an 8-megapixel ultra-wide angle lens, and a 2-megapixel macro lens. At the front, the Xiaomi 12T Pro could get a 20-megapixel selfie camera. The handset is said to pack a 5,000mAh battery with 120W fast charging support.

Xiaomi 12T specifications (expected)
Xiaomi 12T will reportedly sport identical specifications as the Xiaomi 12T Pro with a few notable differences. First, the Xiaomi 12T is said to be powered by a MediaTek Dimensity 8100 Ultra SoC, paired with 8GB of RAM. Lastly, the phone is said to sport a 108-megapixel triple rear camera instead of a 200-megapixel sensor expected on the Pro model. It will reportedly feature Bluetooth v5.2 and Wi-Fi 6 support for connectivity.

Man fakes his robbery over debt due to online gaming in Madhya Pradesh, 4 held
3 arrested for sexually assaulting 12-year-old girl in Bengal