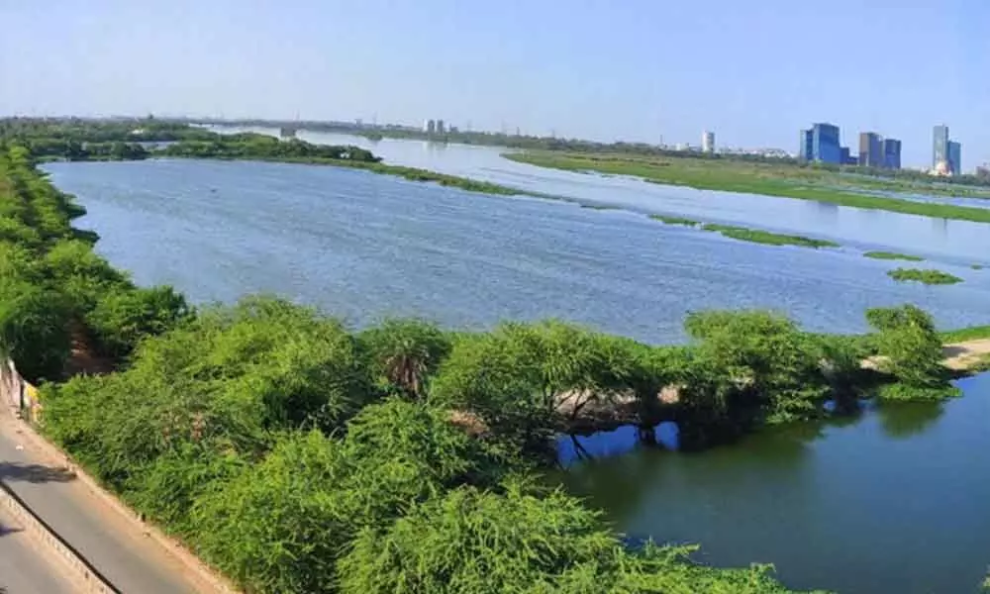 According to a forecast by the Central Water Commission, the water level in the river is likely to cross the danger mark of 205.33 metres on Saturday morning.

A flood alert is declared in Delhi when the discharge rate from the Yamuna Nagar-located Hathnikund Barrage crosses the 1 lakh cusecs mark. People living near the floodplains and in flood-prone areas are evacuated then, an official said.

The warning issued by the flood control department on Thursday advised all sector officers to keep a vigil in their respective areas and take necessary action at vulnerable points such as deployment of requisite number of quick reaction teams to warn people residing within river embankments.

Thirty-four boats and mobile pumps have been deployed in anticipation of flooding in low-lying areas.

The Delhi flood control room reported a discharge rate of around 2.21 lakh cusecs from the Hathnikund Barrage at 3 pm on Thursday and 1.55 lakh cusecs at 12 midnight. One cusec is equivalent to 28.32 litres per second.

Normally, the flow rate at the Hathnikund barrage is 352 cusecs, but the discharge is increased after heavy rainfall in the catchment areas.

The water discharged from the barrage normally takes two-three days to reach the capital.

According to the India Meteorological Department, heavy to very heavy rainfall occurred at a few places in Uttarakhand and Himachal Pradesh on Wednesday.

The administration is keeping a close watch on the situation as more rainfall is expected in the region.

Last year, the Yamuna had breached the danger mark on July 30 and the water level at the Old Railway Bridge had risen to 205.59 metres.

The Delhi government had to launch evacuation and relief operations after the overflowing river submerged many low-lying areas.