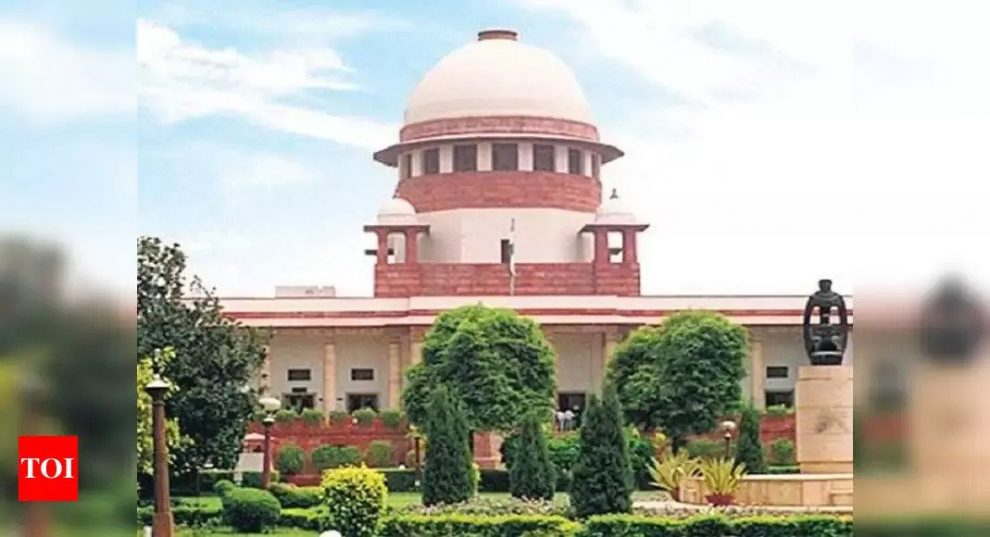 NEW DELHI: “You cannot buy justice with money,” the Supreme Court said on Wednesday and dismissed Vismay Amitbhai Shah’s appeal against his conviction and five-year sentence for causing death of two students while rashly driving his BMW car in Ahmedabad in February 2013.
In a stark reminder of the rich displaying money power to silence victims’ families, as was the modus operandi adopted in the hit-and-run cases involving Sanjeev Nanda and Alister Anthony Pereira, Shah’s lawyers attempted to persuade a bench of Justices D Y Chandrachud and M R Shah that the families of the two victims were paid Rs 1.50 crore and they had settled their grievance against Shah.
This brazen display of money power did not go down well with the judges and they said, “You cannot buy justice with money.” It went on to dismiss Shah’s special leave petition challenging Gujarat High Court’s February 17 decision, which had upheld an Ahmedabad trial court’s Jury 13, 2015, judgment. The trial court had held Shah guilty of rash and negligent driving that caused the death of two students who were travelling in an autorickshaw. Both students were sole children of their parents.
The HC’s Justice Sonia Gokani had rejected Shah’s appeal against the trial court order despite Shah’s lawyers producing settlement deeds with the parents of the deceased. The HC had asked Shah to surrender within six weeks to serve the remainder of the five-year sentence awarded by the trial court.
The students — Rahul Patel and Shivam Dave — had died in the hit-and-run accident caused by Shah’s BMW, which he was allegedly driving at 120 kmph around midnight in Ahmedabad.
During pendency of the appeal against the trial court verdict, the HC had released Shah on bail. When the appeal was taken up for hearing, Rahul’s father filed an affidavit before the HC stating that he did not want to pursue the case against Shah any further as both sides had arrived at a compromise — Rs 1.50 crore paid to each family by Shah as compensation.
The state prosecution had strongly objected to such a settlement between parties and said it should not be permitted in serious cases involving death of two young men as there was enough evidence on record, rightly appreciated by the trial court, to nail Shah for the crime. The state had sought enhancement of Shah’s sentence, a plea which was not accepted by the HC though it had enhanced the fine amount imposed on him.