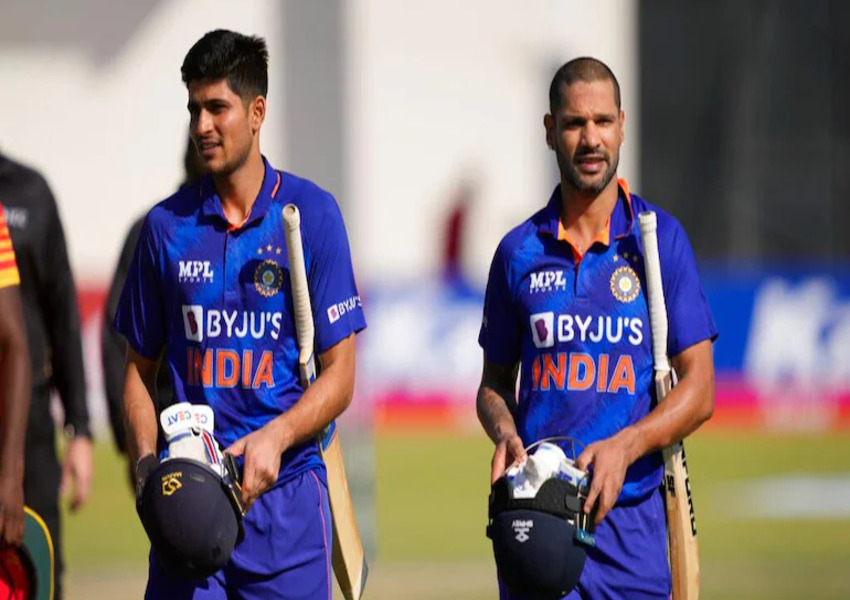 Former Indian selector Saba Karim reckons that stand-in captain KL Rahul should bat at No.4 while Shubman Gill can fulfill the role of a backup opener in the build-up to the ICC World Cup 2023. Karim labeled Shubman Gill as a three-dimensional player who can play in all three formats.

Gill topped the scoring charts with 205 runs in the 3 ODIs against the West Indies, while Dhawan finished second with 168 runs. Gill continued his rich vein of form in the first ODI against Zimbabwe, helping India to a 10-wicket win in the first of a 3-match series on Thursday, August 18. Gill hit 82 and Dhawan 81 as the duo added 192 runs for the opening wicket – the highest opening partnership for India against Zimbabwe in Zimbabwe in ODIs.

“KL Rahul’s place at this time is No.4. This is the reason Shikhar Dhawan and Shubman Gill opened the batting. India’s selectors and team management are looking for a backup opener for the 2023 World Cup,” Karim said while speaking to India News.

“Rohit Sharma and Shikhar Dhawan will serve as front-line openers, while Gill can fulfill the role of a backup opener. It is very difficult to play across three formats with the right technique, but Gill possesses all those elements. His temperament is good. He had to go through tough challenges where he scored runs.

“This is a good phase for Shubman and I think the team management has marked him as a player who can play all three formats, which is a big thing,” Karim added.